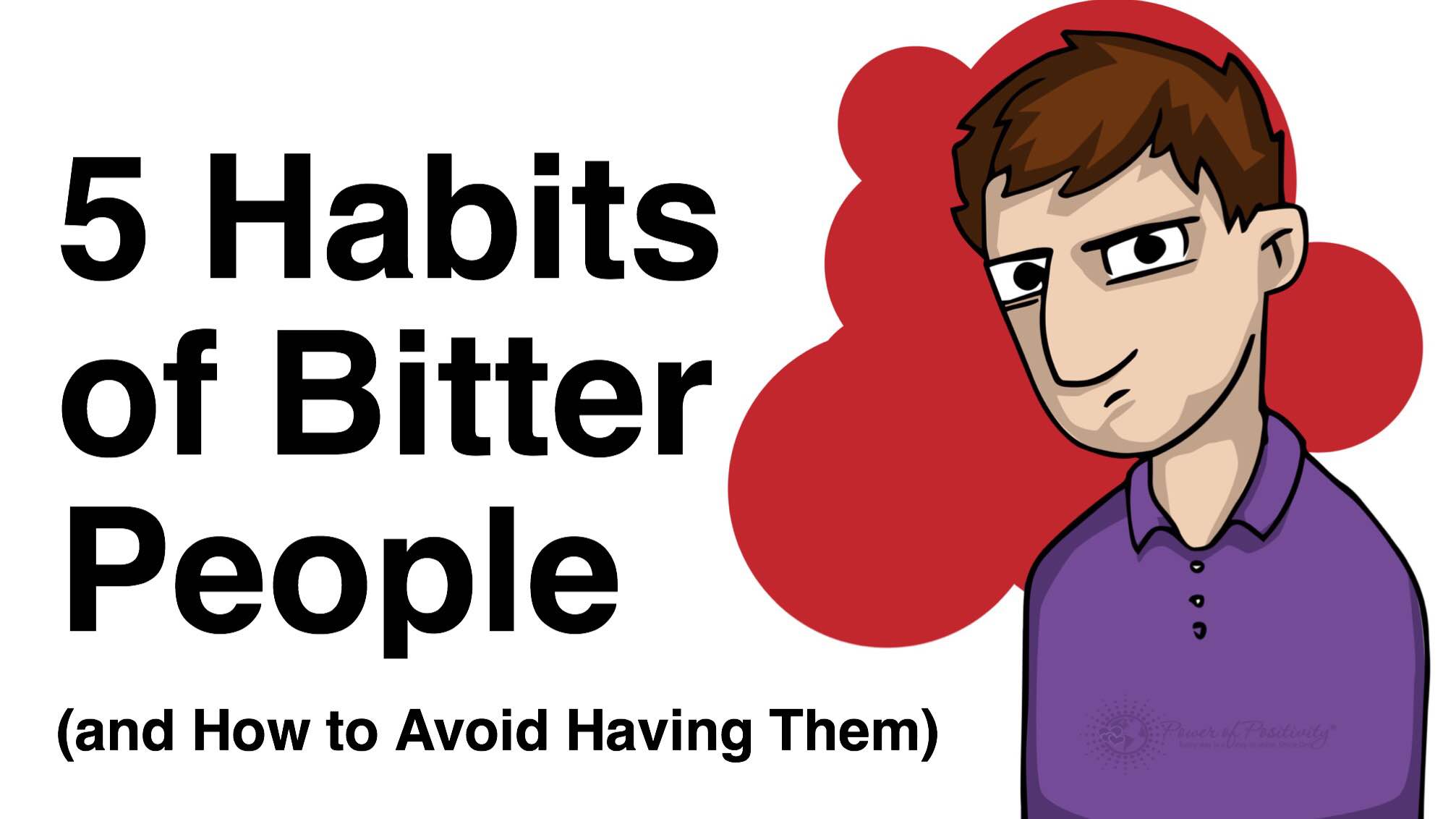 Bitterness can have serious consequences for your life. Bitterness can drive others away from your life. Barriers will be built around your heart that will keep love out. Then it will give you a negative perspective that makes you think that everyone is out to get you.

It is better if you avoid getting grouchy, grumpy, unhappy, and angry in our lives. These are some important habits that can be identified and avoided.

5 HABITS OF BITTER PEOPLE YOU NEED TO AVOID

Habit is a behavior that you engage regularly, without any conscious awareness about it. This happens because you are so used to do it and you will do it automatically. And that’s the problem.

Habits which are done without any awareness are usually negative. We suppress our feelings about our behavior because we disapprove of our actions on some level.

We are aware that acting bitter can’t be a pleasant one to others. We are always used to blame about the past and that is normal to a certain extent. We do remember the things from our past that has caused us pain earlier and we continue to dwell on the past.

You might think that bitterness revival is something that older people would engage in more often, but research on this has shown that young adults are more likely to spend time thinking about bitter memories. Women also tend to score higher on bitterness than men do.

Not caring about anything is referred to as being jaded. Whenever you don’t bother about others it will probably make you a sociopath. Bitter people will always care about whatever happens to them which Is a funny thing.

Unfortunately, a bitter person also tends to generalize their anger toward others who didn’t hurt them yet. The bitter person assumes that people are out to get them. For example, a man who has been through two previous divorces now sees all women as only wanting to hurt him. This distorted, jaded worldview now closes off the bitter person from being able to connect in a meaningful way with someone else. It also makes the bitter person more likely to lash out at others for their potential to cause them pain.

Remember, what you see is a reflection of you in some form. There is always a work to be done on the inside to change the outside, and is certainly something to care about if you wish to live a sweet, not bitter, life…

Jealousy or envy is something that is being unkind to other. Here you wish for something you don’t have. Jealousy is being childish and it as a habit of bitter people that you need to avoid because you are basically saying ‘I hate that you have that because I want it.’

You must never be jealous about stuff that others have. You can be happy for them having it which is a very good quality. Now take action to get whatever it is that you want and avoid becoming a bitter person.

Bitter people will never forget and forgive about things that have happened in the past. You can always try to say to them that you disliked the way you were traded and you would like to be treated differently next time. Otherwise, you become a bitter nag that can’t speak his mind.

THEY ACT OUT IN ATTENTION-SEEKING WAYS

Someone who is bitter is likely to create a big scene, act melodramatic, and all but beg you to show them that they are the most important person in the world to you. This much drama is not necessary at all. Please avoid this habit of bitter people.

If you feel a need for attention, work silently and let your results make the noise. You will be seen and heard, we can almost guarantee it.

FOCUSING ONLY ON THE NEGATIVE

Being honest is a must. First, you must be honest with yourself. Focusing on the negative is limiting you to a tiny set of experiences that you could otherwise be having.

Your life could be fuller right now if you were more open and positive about new experiences, change, setbacks, etc. Don’t let yourself become a bitter person and avoid this bad habit.

It’s always the attitude, words, and actions that you take on a daily basis that make up a personality trait like bitterness and choosing different habits is within your power to control.

Thank You Breaking Me, It Made Me Realize My Worth