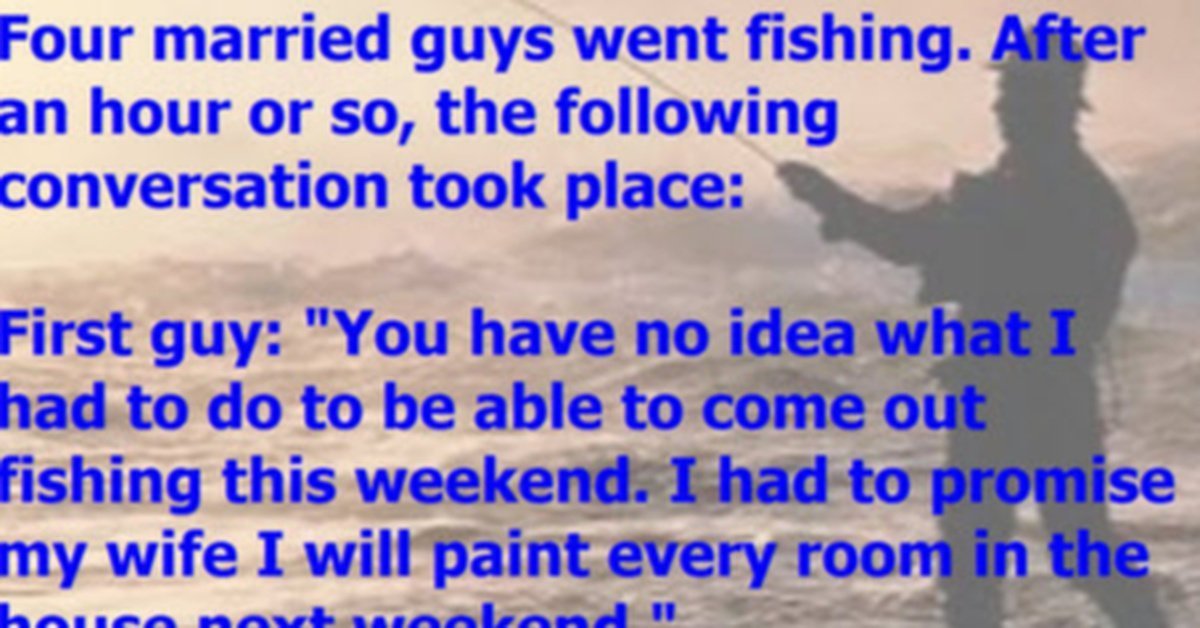 If you have ever gone for fishing with the guys, you may have had certain subjects that come up in conversation. There are also some times, you just enjoy fishing without any conversation. These four men talked about one of the more common subjects, their wives when they went for a day of fishing. They were specially discussing about what it took for them to be able to go out for the day. Even if it started out normally, it took a hilarious turn before long.

Here is the conversation took place between four married guys who went fishing,

First guy: “You have no idea what I had to do to be able to come out fishing this weekend. I had to promise my wife I will paint every room in the house next weekend.”

Second guy: “That’s nothing! I had to promise my wife I’d build her a new deck for the pool.”

Third guy: “Man, you both have it easy! I had to promise my wife that I’ll remodel the kitchen for her.”

They fished until they realized the fourth men had not said a word.

So, they asked him, “You haven’t said anything about what you had to do to be able to come fishing this weekend. What’s the deal?”