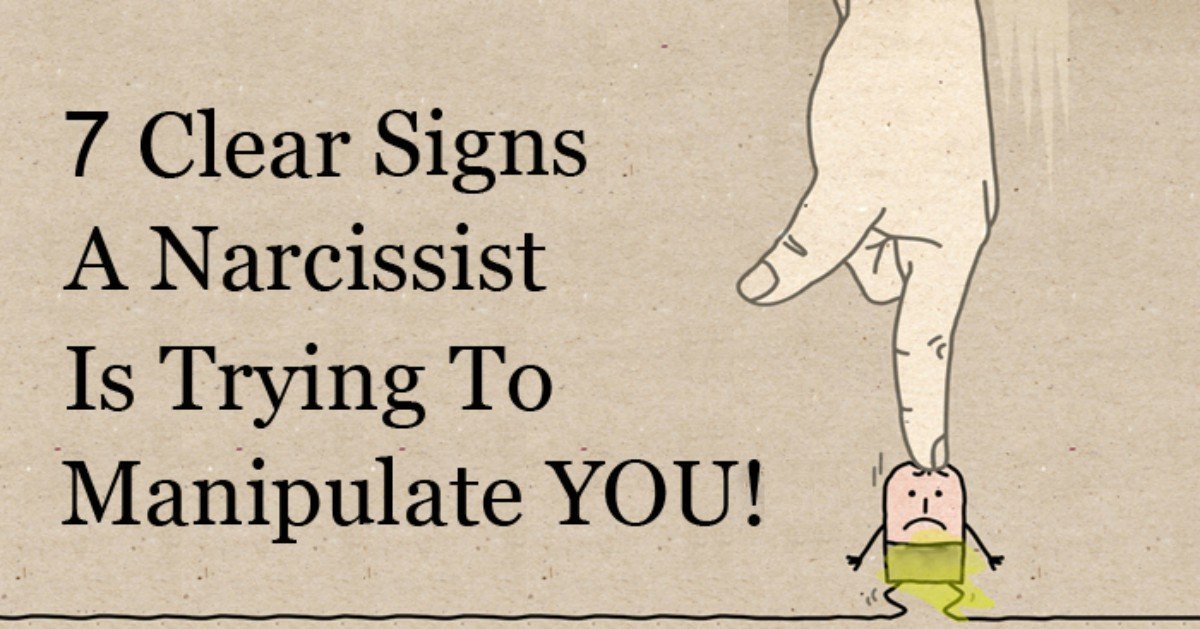 You should first identify the signs of their hurtful tactics to know whether you’re affected by a narcissist.

If you want to improve your emotional and mental well-being, the best self-affirming thing that you can do is staying away from a narcissist.

11 Signs That These People Try to Manipulate You:

They aren’t able to control their emotions and aggression

Experts have said that narcissists are not able to control their emotions, behaviors, overt aggression and verbal aggression.

You don’t have to be a victim of the abusive tendencies of narcissists and remember that you do deserve better. So, don’t get into an unsafe situation with those people.

They are verbally abusive

They always use insulting words and let you to manipulate you. They like you to feel small and fearful. It’s better if you can stay strong in the face of this kind of behavior. You keep your voice calm and let them do the same. If in case they don’t do it, don’t talk to them.

They try to make you feel unworthy or inferior

They try to make you feel ashamed

There’s another way that they use to manipulate you by making you feel less valuable and belittling. They would make you feel ashamed of your education states, physical appearance, and social class. They’ll be thrilled with that.

They use gas lighting techniques to make you doubt your sanity

Gaslighting is an insidious way used by narcissists, psychopaths, and sociopaths. This will make you doubt your own sanity. Just think that if you tell a narcissist person that you don’t like what they said to you in front of others, they’ll surely deny it, say that you’re wrong, and prove that it didn’t happen, even if you provide any proof to support your claim.

They play the victim

They’ll say that ‘I cannot win with you’. It’s another tactic they use. They play the victim to console themselves and justify their inflated ego.

They use brainwashing techniques to manipulate you

Brainwashing is called manipulation and modification of a victim’s beliefs, emotions, and attitudes. If you become the victim, you may don’t have enough space to mentally defend yourself and it will make easier to the narcissist to control you. They also make you do such things that you do not want to do for them.

They can bring a third party to prove that they are correct. They would convince someone to support them and make you the wrong person. So, you’d also bring a witness to prove that you’re right.

Narcissists may not listen to you as they believe that everything should be about them. They suddenly change the topic back to themselves and cut you off when you’re speaking.

Scientists have examined the everyday teenage narcissist behavior and the other teenagers and said that narcissists behaved in less agreeable and more extroverted ways than others. Also, they used more sexual language and skipped class more.

Narcissists often like to criticize and blame you for everything they do. They even blame you of action that don’t belong to you, and that belongs to them.

A Woman’s Reply To A Husband Eloping With Her Sister