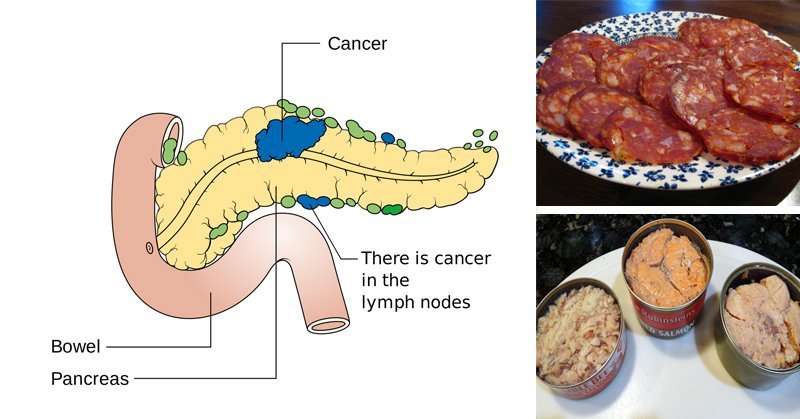 Consuming healthy foods are very good for our heath. It helps us to maintain a good health and lets us to stay fit. But now day’s people are very busy with their busy schedules. Therefore, they are used to eat fast foods on the way to their working place. There are so many unnatural products out there which can be wreak havoc on our health. 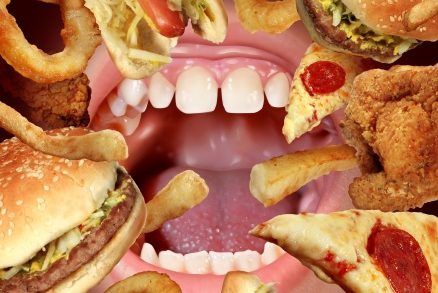 According to the researches of The American Institute of Cancer, it says that about one third of the most common cancers can be preventable. This has also been stated in their websites, but the people are very ignorant about this fact.

There are some helpful steps that you can take to minimize your risk of developing cancer. Here are the things you need to know about the following 10 toxins which needs to be avoided:

A study that was published in a journal by BMC Medicine found that cardiovascular disease and cancer can be caused by proceeded meats. These proceeded meats contain chemicals and also excess amounts of salt that can damage your health. Not only proceeded meats, but also hotdogs, sausages, bacons etc.

Prof Sabine Rohtmann from the University of Zurich, showed an analysis stating that if people ate less than 20g proceeded meat per day. They can prevent 3% premature deaths each year.

Cans that are used to make certain plastics and resins since 1960s, are made by a chemical named BPA, which stands for Bisphenol A. these cans are used to coat metal cans. According to some researches it has found out that BPA can cause cancer, infertility, diabetes and also Obesity,

Most foods contains preservatives which are used to keep the food for a long time. They often use nitrates for some and cured foods. These acts as preservatives and this prevents the food from spoiling. But when these foods are cooked, those chemicals change unto byproducts called N-nitroso compounds. One study also shows that colorectal cancer can be caused by sodium nitrates in the smoked and cured foods.

Microwave popcorn is a very healthy snack, but the bag it comes can be very harmful and can cause breast, bladder, kidney, prostate, thyroid, colorectal, lung, leukemia, and lymphoma cancers. These bags contain a chemical called PFOA or Perfluorooctanoic acid. Due to these acids you may get the above said cancers. So be aware of it here after.

GMOs (Genetically Modified Organisms) have infiltrated our food supply and become quite controversial. One study found that Roundup-treated GM corn as well as the herbicide used on it increases cancer in rats. Glyphosate—the main ingredient in Monsanto’s widely used herbicide Roundup—has been exposed as a potential endocrine disruptor, which can cause cancer tumors.

Most of us love to eat sweet stuff. No one likes to minimize the taste in foods. Let me tell you, MD Anderson Cancer Center of University of Texas has found out that diets high in sugar are a major risk factor for certain types of cancer, especially breast cancer. Sugar continues to negatively impact our diet, as we fight to find ways to keep it out while still enjoying sweet sensations. Cancer cells thrive high on sugar, as well as any food that converts to sugar, like grains, pastas, carbs, breads, and many fruits. Eliminating sugar is the key.

These Hydrogenated oils are also a reason for breast cancers and has been confirmed by some Researches has confirmed that hydrogenated and partially hydrogenated vegetable oils are the reason. It has also known as trans-fats, hydrogenated oils. These are a man-made product whose chemical structure has been altered to increase shelf life.  These Chemicals are also used to mask the odor and change the taste of the oil.

Sodas are filled with loads of added sugar and empty calories. Linked to weight gain, inflammation, and insulin resistance, they also contain a slew of artificial colorings and chemicals foreign to the body. This makes it no surprise that research has shown that drinking soda in a higher amount can have a risk of getting cancer, including pancreatic cancer.

While unprocessed soybeans offer individuals an excellent source of protein, among other things, 90-95 percent of U.S.-grown soybeans, used to create soy protein isolate, have been genetically modified to withstand herbicides. Soy protein isolates are known to contain anti-nutrients that can hinder the body’s ability to digest food and absorb the nutrients into the bloodstream. Foods high in — isoflavones which are weak estrogen-like compounds—like soy protein isolate, have also been found to promote the development, growth, and spread of breast cancers in some individuals.

Commercially-grown grains like white flour start off as seeds that are treated with fungicide. The plants are then sprayed with pesticides, harvested, and stored in bins coated with insecticides—all of which increase toxicity. These are very harmful to the human body. Grains are then processed using high temperatures and high speed rollers, often using chlorine oxide as a whitener. The end result is a starch absent of nutrients, rich in toxins, and potentially carcinogenic. Scientific evidence shows that bleached white flour significantly raises the risk of getting lung cancers.